In the fall of 2011, Jenni experienced six strokes, impairing her ability to walk, see, hear well or use her left hand. After nearly 2 months in the hospital and rehab, Jenni is now at home. She is posting updates at InfertilityMom.blogspot.com/search/label/stroke or Stroke of Grace.

I'm an affiliate of:

Heaven
The Most Important and Defining Experience of My Life (What you need to know ever if you don't read anything else here!)

Books
Writing
Working from Home
How to Get Published

A group of families using our wonderful homeschooling program that makes it possible for this chronically ill mom to still bless my children with a quality, Biblically-grounded education even when we are "bed-schooling" many days.

I Miss My House

This video is great perspective. I keep reminding myself to focus on what's really important because "God's still on the throne."


We had flood damage last winter and we are still living the consequences.

We thought we would have our house back together by 4th of July. By Labor Day. By Thanksgiving. 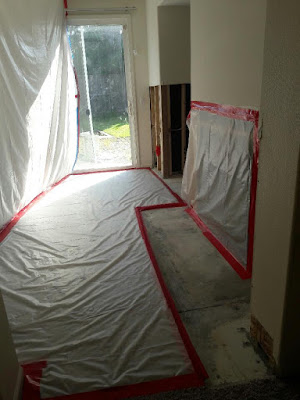 A moldy wall was torn out in May.

The wall finally went back up just this month when insurance finally agreed to cover 1/3 of the actual repair costs (far better than the 1/4 offer they made a month prior.)

Two tiny spots of mold we saw on a wall turned into an entire wall replacement, mold abatement, fireplace damage, carpet removal, and the tiling of the removed carpet area. 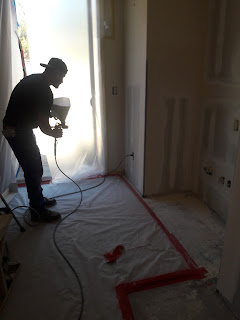 Believe it or not, we realized we could do a grand fireplace wall for less than twice the price insurance gave us to replace the generic-looking fireplace mantel that was mold damaged and had to be torn out. We learned this because, direct from the manufacturer, our old set was going to cost $3,600 to replace. Insurance only granted about $1,000 for fireplace repair, so we had to go looking for options within our budget. We'll be spending close to $2,000, so far more than what insurance is willing to pay out, but far less than replacing the like item to what was lost. 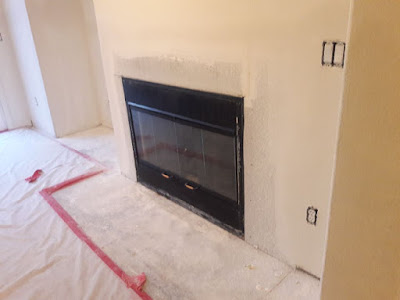 We are going from this, 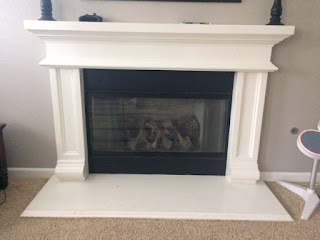 to something similar to this (not our picture as ours is yet-to-be-built, but here's our inspiration picture we found on Pinterest). 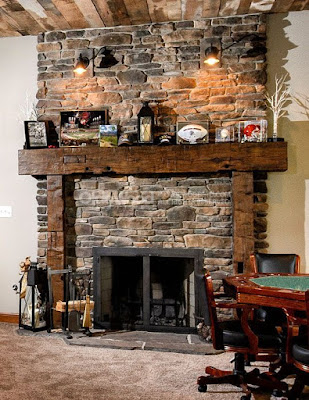 Since insurance has unique math, the cost of the "entire room's worth of carpet" they credited us for, in reality, paid only enough the tile a small strip (no, not because of the cost of tile, because we chose the most economical way we could to stretch the dollars granted) of one end of the living room. Our plan was to save most of that room's carpeting by designing a new traffic flow pattern through our house. 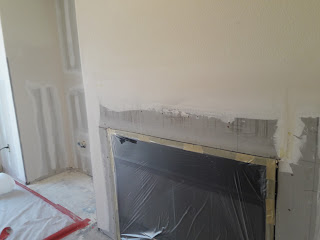 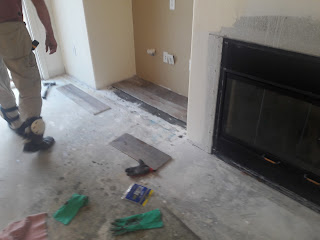 In reality, when the small strip of damaged carpet was cut out, mold was found to extend far under the living room carpet thanks to a mistake by our original mold abatement folks who had sealed WET carpet under plastic for five months, actually creating a problem that wasn't there to begin with! There solution for their mistake, toss the problem back in the laps of home owner's insurance. 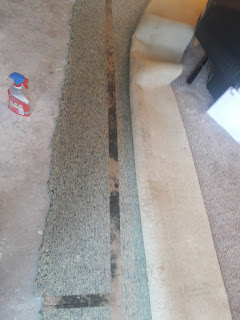 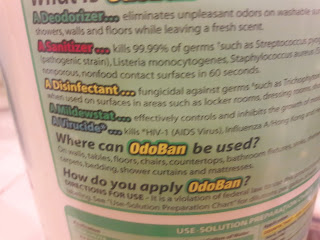 Since we had already be credited to "replace" all of the carpet in the living room (again, can't figure out their math on how that was remotely supposed to work), the only thing additional insurance will pay for is the cost of carpet padding there. We haven't even bothered to ask how low that extra check will be. Let's just say, we aren't even factoring it into our resources at this point. 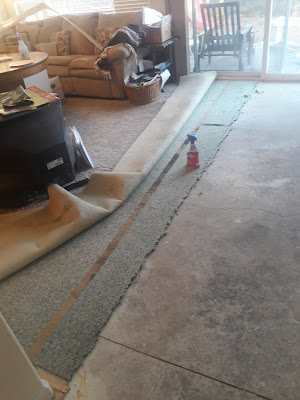 So now, re-tiling that entire room (since the tiling process had already begun on the original strip and we need to match the rest of the floor to what's already there, but our tile installer refused to do any further work unless we would rip out all existing carpet in that room) is a nearly $3,000 un-budgeted renovation project. 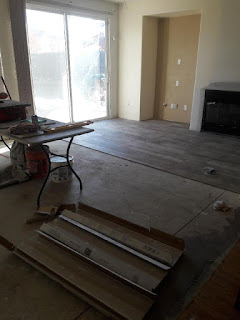 Before we realized the living room was going to need so much extra help, we had already committed to, and purchased supplies for, the same tiling to flow into our kitchen that has been in dire need (torn up trip hazard) re-flooring since before my strokes.That expense was to have been all our birthday and Christmas and Valentine and what-have-you gifts to each other for at least the next three years because it was so important and it was much more cost effective to do when we were already paying for the flood repair labor anyway. 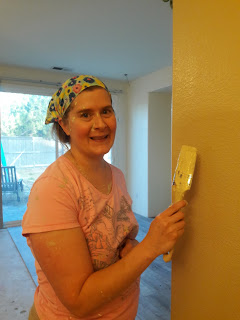 I shared yesterday on my stroke blog, about my painting adventure that wouldn't have happened were it not for our unplanned remodel. This is a reason for rejoicing. 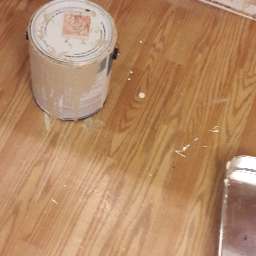 The house WILL be beautiful when the job ever finally gets finished (our installer has been averaging three or five tile rows a day and only works half days, two or three days a week, something we did not understand when we hired him, so it is very slow going). In the meantime, we are living with all of our kitchen and living room furniture, and unpacked contents, crammed into our dinning room. 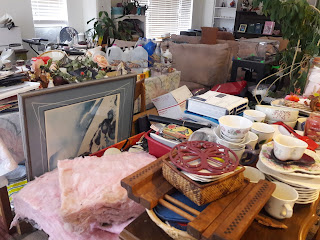 I'm very thankful that my in-laws are hosting Thanksgiving dinner this year. I'm praying that we have a livable house to use in time for Christmas! The kids have already requested a tree, though they know the new floor where it is to be set up will be the primary present beneath it this year!

Edited to add that life got even crazier just moments after this post went live. The house is one of three major, ongoing issues our family is surviving this year (and when I say "major," the family's car getting totaled, but no lives lost last Christmas, doesn't even make this top three list, so perhaps that offers a little perspective). We could really use your prayers!
Posted by JenniferSaake.com at 3:40 PM

Oh my poor sweet friend. This has to be so terribly frustrating.
Storm damage has forced us to replace built in cupboards and repainting of the entire house, inside and out, and trying to find clothes to wear and somewhere comfortable to sit during the day, out of their way, is a nightmare, but compared to the upheaval you are experiencing, ours is a holiday. My heart goes out to you. Please know that I'm praying that repairs can move faster with no more nasty surprises. Praying especially for our Lord to bless you and your family with His Peace. Lots of love, and hang in there.
Linda vdMerwe